With sincere apologies to David Mitchell, I have been reading myself through the crest and early weeks of the fall of a mental health crisis with his novel The Ten Thousand Autumns of Jacob De Zoet. Probably not fair to him or me. I am not a speed reader but I can 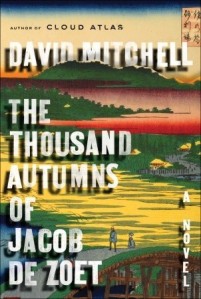 generally manage 4-5 books a month. I embarked on this voyage with the Guardian Reading Group in early June and finally closed the last page today.

I know that reviews were mixed when this book was published in 2010 but I would not suggest this as a companion for a manic episode. It was not bad or entirely uninteresting (though I confess I preferred the graphic turn of the 18th century medically graphic scenes, shades of Patrick O’Brian’s Aubrey–Maturin novels where you have to wonder how anyone survived the surgical interventions, let alone the nautical warfare). Although the era and setting of this historical – and for Mitchell of Cloud Atlas fame –  remarkably straighforward tale I think it could have been much more coherent and tightly paced.

I think that I stuck to this book more as a testament to myself that I could pull myself through this period of turmoil which has left me depressed, angry and confused as I sit on sick leave and wonder if my career is in shambles. I was afraid that if I stopped reading, even with the idea that I might return at a later date, I would be giving in to the mass of tangled emotions that my breakdown has left me struggling with. Some level of normalcy has to be maintained and, at this time it has meant reading.

So where now? Something shorter, something magical I should think.

2 thoughts on “Stubbornly reading through a breakdown”