I read Napoleon’s Roads, Australian writer David Brooks’ most recent collection of short fiction, as I made my way to Australia a little over a month ago. Looking back through the pages of this book to gather my thoughts to write these words, certain adjectives keep floating through my mind: shimmering, translucent, affecting, reflective, wise. There are sixteen tales here, written over a span of nearly twenty years: fragmented journeys, fables, and allegories that slip through the contemporary “real” world, wander imaginary landscapes, and explore the inner realms of the heart and mind. Taken as a whole, these stories reflect a few key themes, rather like light refracted through a multi-faceted crystal—ideas moving outward, layered and recombined to create a series of experiences that make for a most satisfying travel companion.

His prelude, “Paths to the City,” sets the tone, asking:

Why do we write? What are we groping for? Are words able to penetrate the night? Are they able to go down the road we only half recall, along which we see only our own back receding in a heat-shimmer of memory? Can they truly take paths we have not ourselves taken? Bring back the lost? Such weights they carry, these things that arrive as if unbidden, or that sometimes we think we summon from nowhere, you would think they were beasts of burden, each line a caravan, setting out by moonlight over pale trackless sand, guided by half-forgotten stars.

What we can know, what we can say about what we know, and what is better left unknown, are questions that surface, explicitly and implicitly, throughout this collection. Brooks allows for gaps and spaces in his narratives, reinforced by the sharp, broken, fragmented style of many of the pieces. There is an evanescent quality that lingers, leaving a sense that many of the stories cannot be rewound and retold for fear of crushing them under the weight of pedantic description. 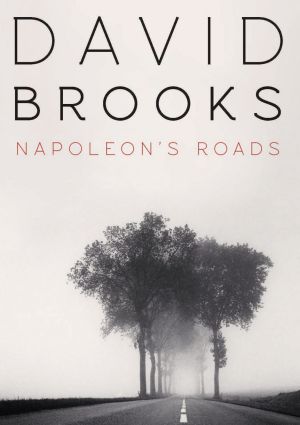 Many of his stories have a fable-like quality. There are echoes of Calvino, Borges, Kafka. But some of the most interesting pieces are multi-leveled meditations that spin out from a central subject in a sequence of fragmented reflections. The title story takes the long, straight tree-lined roads constructed in the French countryside under Napoleon. The narrator travels along these roads with his daughter, his account framed and interrupted by reflections on the history of the roads, their relation to the landscape, and memories from his own past. At one point he asks, “How to say that these roads are about what is not road, this text is about what it is not?” This a is a sentiment that resurfaces again and again—how much of any one of these stories is about what it is not?

The same fragmentary form is used to powerful effect in “Kabul.” The city the narrator is in exists in the past and the present at once. It is a place of horror and violence. It is the people he encounters. It is more:

It is not always the body, not only. Kabul is within us, but it is also a landscape of the days, a positive to their negatives, a trace. Weeks marked by craters, explosions of shells. Months marked by lies and betrayal. A field of engagements, tracks leading inland. (There, on those ridges, a hide-out. And if you could get to it, a view of the city. The minarets, the domes, convoys in or out. The land dry. The puffs of smoke where the shells hit. Or in winter, when it is covered with snow …)

In a series of single paragraphs, set apart by font and font size, a multi-dimensional, experiential vision of a city under siege is constructed.

Cityscapes are important. The allegorical story “A.” is an guide to the City, as an ideal and a real destination, a place we are ever moving towards—borne of our memories and our dreams: “… A. is distinctive, also entirely one’s own.” Calling to mind Calvino’s Invisible Cities, A. is “a different city for everyone who reaches it, a different memory for everyone who leaves it.” In the hauntingly beautiful “The Dead,” an angelic experience of the City is imagined. Wandering the streets, the angels visit the City of the Dead and the City of the Ruin, but again, the negative is evoked:

The City is what the City was. If we are taught to see by the stories we see or hear or read, if our vision is always the product of texts – the texts we have seen, and those seen by those who have written what we have seen – then the City that is is a hole, an absence, a possibility, beyond us as we ourselves are, as our friends are, our lovers. An edge which we think we glimpse through accident, irruption, exposure.

Reflections on time, memory, and loss also reverberate through this collection. The fragmentary piece “Grief” is the story of the death of an old woman, a relative of the narrator’s partner. It’s about the pain of losing a loved one. And, because grief has its strange trajectories, it’s also about a cat that keeps entering the narrator’s thoughts. The fractured narrative captures the disjointed experiences, hitting, at moments, the raw essence of grief:

A nausea perhaps. The overwhelming weight of being. But also something more, surely. The heart was wrenched, as if something had prised it open. The opposite of nausea. Not closed in by things, but offered them, in their depth. Or drawn by them, rushed into them. As if one were being sucked out of oneself. A force. A kind of gravity. The cat at its centre, there in the boot-room.

An entirely different mood is evoked in “Lost Pages,” a wonderful piece that employs a wide range of fonts and formats to play out a writer’s fear of losing those middle-of-the-night ideas, the hastily recorded texts, the unbacked-up electronic musings, and the memories that aging brain cells can no longer contain. There is unlikely to be a writer who can’t relate.

If, at the outset, Brooks asks why we write and questions the power of words, he comes at an answer most directly in the penultimate piece in this collection: “A Traveller’s Tale.” The writer who is about to begin a long story is, he suggests, akin to someone setting off on a voyage. The preparatory measures one would take for a journey and the nervousness that one feels about the uncertainties ahead are played out as the writer sits down with pen and paper or computer. And, although the technicalities of this preparation are typically removed from the finished narrative (except in this case, the one we are reading), the nervousness cannot be entirely erased because the journey, the journey of the storyteller, is too important, the heart too involved:

And when I say the heart, of course, I’m not sure that I’ll be understood – well, no, what I mean to say is that, to be understood, I feel I need to explain that what I have in mind when I say the heart is a very durable thing that stretched over a whole lifetime, that is one of the most stressed and yet most constant, toughest, most durable organs of the body; the heart that has to get up in the morning and take up the often heavy – often very heavy, often too heavy – burden of being, let’s call it, and carry it, somehow, to the day’s other end.

As he goes on to examine the emotional challenges of the journey, from the beginning of a story to the ending, he will touch at the heart of what words, memories and experience—the tools the writer must rely on—can accomplish. The nervousness is never resolved, and, he decides, the tale he is trying to tell is untellable.

But that can’t be the end. After all, there are fifteen other rich and varied tales that prove him wrong. Brooks is a consummate storyteller. Perhaps it’s all that nervous energy that makes his stories shimmer.