Today I am thinking about gravy.

There is a dish which has become ubiquitous in Canada – fries smothered with gravy and cheese curds – the French Canadian artery clogging delight called poutine. Many years ago when I lived in Ottawa it was a treat to cross into Québec, follow some back road instructions to a truck, seemingly parked in the middle of nowhere and order the authentic dish complete with cardboard container and plastic fork. Personally my tastes have changed in 30 years, so while some version resembling poutine can be found at most of your favourite fast food haunts, but I will leave you to it. My kids, on the other hand, love gravy – with or without the cheese curds. 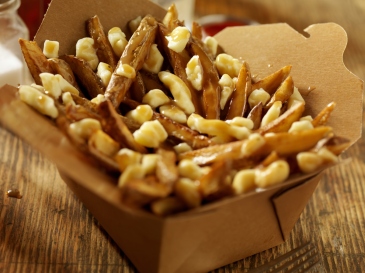 Today my wish for my son is gravy. At 24 he has been struggling with an addiction to alcohol for several years. He is aware that underlying the addiction is the mood disorder that knits so much of our family together. Yet his experiences in anything resembling conventional mental health care have been quite horrific for an intelligent, gifted child. As far as he is concerned, alcohol is preferable to medication or therapy. I can appreciate where he is coming from but I chose to take my risks with the prescribed meds and I have been spared the temptation to turn to alcohol that has marked many other family members over the years. Not that it has prevented me from falling ill again but life has no guarantees.

Living with mental illness is not easy. Addiction adds to the burden. But I love my son unconditionally and understand that, in the end, his life is his own and he is the only one who can really come to terms with his own blessings and curses.

Lately we have been fooling ourselves with the idea that he can maintain a minimal alcohol intake and get by. However, this morning after a night of heavier drinking and the inevitable conflict such situations evoke, he finally admitted that he cannot live without alcohol and that it is interfering with everything he wants in life. He poured out every remaining drop and gathered all the empty cans and bottles to return.

Will it hold? It is a critical start, as close to bottom as I have seen him reach to date. So I want to offer him gravy. Poets, artists, musicians and writers who nursed their muse with alcohol or drugs are well known and a tragic number paid a steep price. But I want to offer my son Gravy, a poem composed by the incomparable Raymond Carver after a diagnosis of cancer. Although illness took him early it was not for alcohol – that was a battle he won and was rewarded with the time to create a body of poems and short stories that have inspired and moved so many. And that is a victory he celebrated as, of all things, gravy:

No other word will do. For that’s what it was.
Gravy.
Gravy, these past ten years.
Alive, sober, working, loving, and
being loved by a good woman. Eleven years
ago he was told he had six months to live
at the rate he was going. And he was going
nowhere but down. So he changed his ways
somehow. He quit drinking! And the rest?
After that it was all gravy, every minute
of it…

5 thoughts on “For the love of gravy”