I’m thrilled to announce that my first review for Numéro Cinq is now live. Here’s a taste and a link to the entire review, an excellent online magazine, and your chance to see what a rough ghost really looks like! 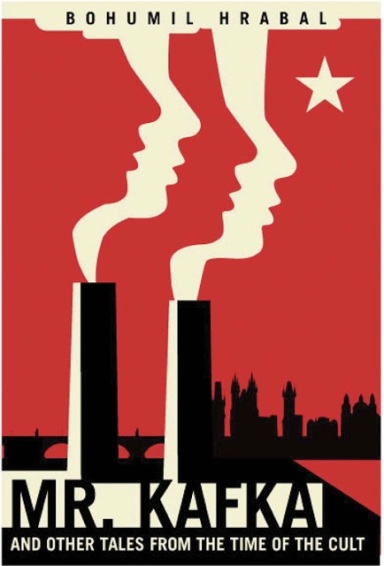 Mr. Kafka and Other Tales from the Time of the Cult, recently released by New Directions, represents the latest addition to the growing body of work by the late Czech author, Bohumil Hrabal, to be made available to an English speaking audience. Composed and set, for the most part, during the early years of Communist era Czechoslovakia, this collection of seven short stories is deeply informed by a time when Stalin’s larger-than-life cult of personality loomed over a country unwillingly caught up in the thrust of major social and economic reforms. Yet, as the author indicates in his preface, this book can be seen as both a representation of his society’s evolution, and as an expression of his own creative evolution. During this period there was no single experience more profound for Hrabal, the writer, than his recruitment, in 1949, as a “volunteer” manual labourer at the Poldi Steelworks in the town of Kladno near Prague.

Today the Koněv division of the steelworks where Hrabal worked stands in ruin. During his term of service though, it was a bustling operation devoted to turning the wreckage of war into the raw material required for, among other things, armaments for the forces of the Soviet Union. Although he studied law, Hrabal had worked at a variety of positions including railway dispatcher, insurance agent and salesman prior to finding himself on the factory floor of the steelworks. He arrived in the company of an assortment of other white-collar workers and professionals who suddenly found themselves engaged in unfamiliar work in a strange and dangerous environment alongside seasoned labourers, Party hacks, and prisoners.

Read the rest of the review here.