One year ago I read and wrote a review of Peter Handke’s brief meditation on the life and death of his mother, A Sorrow Beyond Dreams. With my birthday several days behind me and Canadian Thanksgiving coming next weekend, it seemed to me an appropriate moment to stop and take stock of the past twelve months. 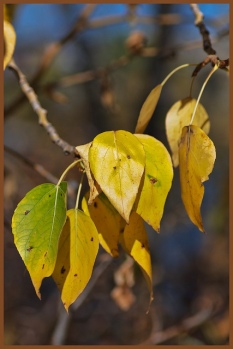 It has been time of growth and a time of grief. Neither are quantifiable experiences, neither can be parcelled off, measured and checked like the items on a to-do list. Growth, like grief, can only be appreciated in retrospect and, perhaps most critically, as experiences that are bound together in the business of living, of being in the world.

Moving back a year, my simple Handke review led to a Twitter encounter with Douglas Glover, the mastermind and driving force behind the online magazine Numéro Cinq, who invited me to try my hand at writing a review for the magazine and, cliché as it sounds, that changed everything.

Since my “debut” if you like, I have become a regular contributor at NC, and have gone on to write book reviews for a number of other sites and online publications. I confess that I still struggle with a little of an impostor syndrome, ever worried that a lack of formal training in literature or creative writing will catch me up—out me as a pretender.

Writing, or rather, the courage to put my own creative or critical writing “out there” for others to read, is something I could not have imagined doing until fairly recently. The response has been very encouraging; and the growing friendships and respectful connections with other readers and writers has far exceeded my modest expectations. I am ever excited by the works, ideas and reading suggestions of others. The community afforded by online connections is invaluable.

But moments of isolation and loneliness persist, feeding waves of existential anger and grief.

Five months ago I published my first piece of essay/memoir writing. It is honest and raw—the product of more than a year of worrying words onto the pages of notebooks. Some of my anger and grief is channeled through this essay, and there is a relief in having released this fragment of my truth.

Within two months, though, I would begin to know an entirely new grief.

In July, in the span of less than two weeks, both of my parents died. The circumstances that swept them from us were not entirely unexpected, but the rapid intersection of the two events has left me numbed. And then, in early September I learned of the death, by suicide, of one of my closest friends. Hers was a fate, again not unexpected, but long feared and, in a strange and painful way, respected and understood. 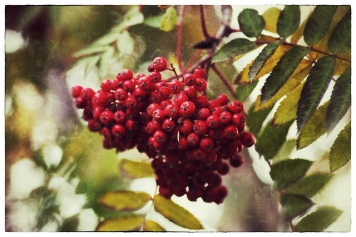 Which brings me full circle, to Handke’s essential, heartbreaking memoir. A novice to loss on the magnitude of that which has marked these past months, I imagined myself crafting a response of immediate grief, as Handke attempts. But I realize I am voiceless. At least for now. Articulating my grief will take time. At the moment I cannot even sort it out inside.

So with Thanksgiving coming, I am thankful for outlets for writing, new friends who support and inspire, books, words and, yes, even grief.

And for the opportunity to continue to grow.

That is my dream for the year ahead.

20 thoughts on “A dream beyond sorrows: A personal reflection”