Although he claims to feel no nostalgia, the narrator of Amit Chaudhuri’s most recent novel, Friend of My Youth, carries a wistful melancholy that can really be understood in no other way. It comes through in his discomfort and his attempt to articulate a mixed affection for and estrangement from the city in which he grew up—Bombay. Chaudhuri has woven a close line between his own life and the experiences and qualities he grants his characters before, but here he blurs it completely, even playfully. His protagonist is an author named Amit Chaudhuri, who is in the city to promote his latest release, The Immortals. If this is, on some level, a metafictional mechanism to reflect on the question of the relationship between an author and his narrator, it is exercised in such a light-handed, controlled, mildly self-deprecating manner, that it never risks becoming distracting or annoying. Chaudhuri is a restrained, thoughtful writer, and Friend of My Youth offers so much more. Set against the urban gridwork and landmarks of South Mumbai, a city, at the time, still recovering from the horror of the 2008 terrorist attack on the Taj Mahal Hotel, it is a quietly insistent meditation on the ways we try to make sense of our own personal and geographic histories over time.

From the beginning, the narrator confesses to an ambivalence toward his former hometown:

I feel a sense of purposelessness—is it the ennui of the book tour or book-related visit? Not entirely. No, it pertains to Bombay, to being returned to a city where one performed a function, reluctantly. Reluctance is fundamental. You don’t plunge into growing up; it happens in spite of you. Then, one day, it’s done: you’re ‘grown up’. You go away. Back now in the city of my growing up, there’s nothing more that can happen to me. I embrace a false busyness. I suppose I’m living life. Without necessarily meaning to. It doesn’t occur to me that the visit is part of my life. I believe I’ll resume life after it’s done.

But, although he has been back to the city many times in the decades since his family had moved back to their native Calcutta, and he himself had gone on to study and teach in the UK, there has always been one grounding constant—a friend from his school days, Ramu. On this occasion he learns that Ramu, whose life has been defined by drug addiction, is in intensive rehab and cannot be visited. Their friendship is strange, an attraction of opposites, one who would go on to achieve a degree of literary success and middle-class normalcy, the other troubled and stalled, unable to completely shake his demons, now in his fifties, still living in his family home with his sister. Theirs is an often awkward camaraderie, bound to a small geographical space in a city that has, over time, expanded exponentially beyond the confines of what has become known as South Mumbai. When Ramu is not there, Amit discovers that without this particular conduit to his past, whose eyes he had relied on, he is forced to encounter Bombay anew, even alone. 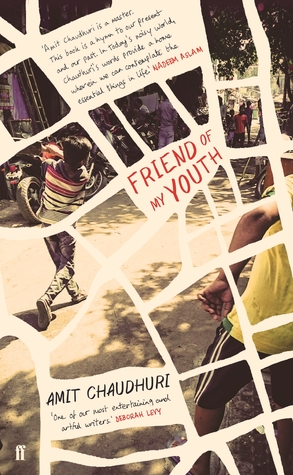 As the narrator traces his way through the city, a reflective uncertainty, a searching for words, underlines his thoughts. The prominent, well-known landmarks are laden with the hallmarks of his own idiosyncratic life history, from the restless eagerness to leave in adolescence and youth, to the regular returning, each opening shades of a city he knows he never really knew. How much, he wonders, was his inability to really see the city he grew up in rooted in a conviction that his origins as a Bengali prevented him and his family from ever full belonging, and encouraged his belief that his destiny lay elsewhere. If you feel, at heart, that you do not own a city, how can you truly see it?

So he is trying to make sense of his relationship to the city—and through that, to the shifting currents of memory and nostalgia that continue to haunt us all as we grow older. Ramu’s absence looms large. Who we believe we are is always, to some extent, measured and understood against the trajectories, real or imagined, of others.

I know I’ll see Ramu again. But it’s as if I won’t see him again. I’m thrown off-balance—but also surprised. I didn’t know I’d react like this. Ramu isn’t the only close friend I have. But it’s as if my sojourn in Bombay depends on him. ‘Depends’ is the wrong word: I haven’t come here because of him, to delve into his whereabouts. But the surprise I’ve mentioned is related to my astonishment at being here. ‘Astonishment’ denotes how you might start seeing things you hadn’t noticed earlier, but it could also mean becoming aware that you won’t see them again.  As I turn into Pherozeshah Mehta Road and then left into the long stretch of DN Road, I know I won’t see Bombay again. That is, I will see Bombay again, but not the Bombay I’m looking at now.

Toward the end of the book, two subsequent visits do bring Ramu back into Amit’s life, neither resolving nor further alienating his connection to the city. There is something oddly comforting in their unlikely location-specific friendship, one that speaks to the ineffable qualities of our own connections to the people and places that we leave, but can’t quite leave behind. This is a novel as much about loss and aging, as it is about recognizing that there are connections that perhaps we never really had, no matter how much time we spent with them. 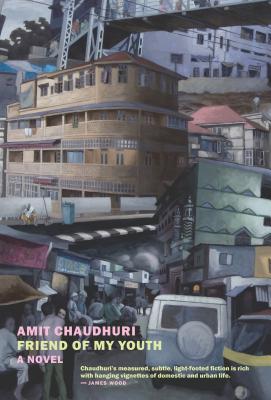 I took this book to India with me, planning to read it in advance of my own recent visit to Bombay but, as it happened I did not open it until about a month after my return. Although familiarity with the city is by no means necessary, even a brief encounter will add an extra dimension because this is a novel so clearly linked to space. For those who know the city well, it will be potentially an even richer experience. I spent three days in the Fort area of South Bombay, visiting a few of the common tourist sites like Gateway of India and Marine Drive and attending several events at the Kala Ghoda Festival literary venue, the fabulous garden of the David Sassoon Library. I used Horniman Circle and Flora Fountain as guideposts and got lost in Churchgate, not realizing I was entering a train station (in my defense, the entry said “underpass” and I assumed I would avoid crossing one of the city’s notoriously congested roadways). All of these features or locations appear and it was fun to be able to immediately bring them to my imagination—mind you, without the emotional gravity with which Chaudhuri so effectively paints them.

Friend of My Youth by Amit Chaudhuri is published by Faber & Faber in the UK and New York Review of Books in North America.

5 thoughts on ““The streets were never really mine”: Friend of My Youth by Amit Chaudhuri”