I am presently reading Herbert, the Seagull edition of the Bengali cult classic by Nabarun Bhattacharya. I just finished reading in the New Directions American edition, published as Harbart. I will write a review after this second reading, not as point of comparison because both are publishers I greatly admire and strongly support. However, it is impossible to read both and not wonder what, if any, small changes are made in making a text more, shall we say palatable, for a particular English language audience. Don’t worry, the ribald, piercing vibrancy of Sunandini Banerjee’s translation shines through in both editions celebrating a work that is gritty, funny and tragic in equal measure. That’s not the issue, but so often when one sees a critical assessment of a translation by someone familiar with the original, the translator is the larger and obvious target of an attack, one often illustrated with specific examples that are seen as muting or distorting the original. Invisible in the equation is editorial input. Translations, like any literary work, are subject to editing before they are published. 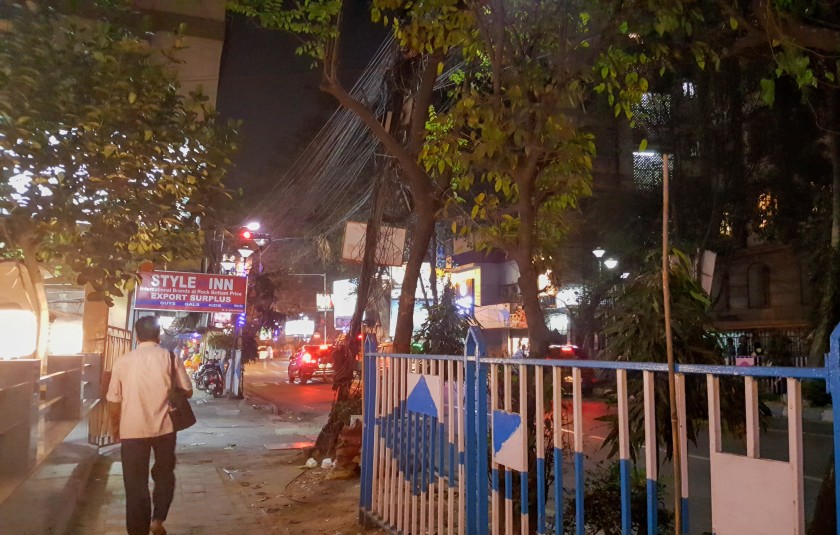 The differences here are, so far as I can tell, primarily language choices—what do you leave in a vernacular, what do you edit for the ease of an American or a British audience (as relevant)? This is a frustration I have long had with translation, something that  bothered me, for example, with South African books edited for audiences outside South Africa, especially translations from Afrikaans. With my favourite writers I have tried to obtain the original South African translation if possible. One that hasn’t been sanitized for an “average” English language reader (whatever the editor  feels “average” is).

Why is so hard to imagine a readership unable to guess at the meaning of a word from context? For the purist there is always Google, but that is ultimately as fallible as trusting any one editor’s word preference. Even in our native languages we often encounter words whose meaning we are at best vague, if not entirely off course with as to the exact definition. With learning a second language this disorientation is increased, but it should not necessarily be a barrier, students are encouraged to try to fill in the gaps from what they do know about vocabulary and grammar as their fluency improves. Is it an extension of some skewed political correctness that we should never meet a word we don’t recognize?

This is why I love Michel Leiris. I am currently working on a critical essay about his work. He loved language, delighted in meanings. And misunderstandings. In the way an assumed meaning is sometimes more magical than the actual one. Or how a door is opened when we take it upon ourselves to become enlightened as to the nuances of a word or expression’s meaning. Or it’s relation to root forms or variations in other languages.

In a translation there is a place for a glossary, but it ought to be a carefully mediated tool. Broader political references or identification of figures of importance mentioned in the text are one thing, especially in a novel as socially and politically charged as Bhattacharya’s. However, deciding  which idiosyncratic word or expression must be defined or replaced is a question of balance. Less is more, I’d argue. If you read literature from foreign cultures, don’t you want your equilibrium challenged a little along the way? I suppose it is, in the end, a question of what kind of traveller one is—of how one wants to experience the world. You can pop in, hire a car and see the main tourist attractions then fly off to the next stop. Or you can find a path or two and navigate it until it feels, even for a few days, familiar. I am of the latter sort.

My first few days in Calcutta in February of 2018—my very first days in India ever—were ones of complete and total culture shock. I was aware of nothing but the mangy dogs, the tired poor, the crumbling footpaths, the incessant noise. It took a few days of making my way through the city on foot to begin to see it. To begin to open my heart to it. I spent a full two weeks there and didn’t go anywhere else. I took the Metro, rode ferries and yellow cabs. Met up with friends, sat in restaurants, coffee shops and parks.

I returned to the city again this year fresh from my first encounters with a wider range of Indian cities—Bangalore, Bombay and Kochi—and saw Calcutta from a new angle once again. Everything is relative. The traffic that had horrified me on my first visit now seemed remarkably—or almost—orderly (albeit still incredibly loud).

Granted, I read books from many countries I have never visited, translated from languages I have not even a passing acquaintances with, so I rely on the wisdom of translators and their editors. It’s a tricky thing, I know. I was once faced with editing an excerpt from the translation of an Arabic novel, a situation in which I respected both the original author and the translator very much. But I was afraid to question anything, for fear of showing my ignorance. Surely the process leading to a final published book would ideally be one that engages the editor, translator, and if possible, the author (or those who knew him or her well). Should I be tasked with taking on that entire manuscript—one of the most startling and discomforting I have ever read—I would have to overcome that fear.

Herbert or Harbart is a very special little book, one that is inextricably bound to the city in which it was birthed; its power is not lost in either edition for the very minor differences. It is also a book that benefits from a re-read, beginning as it does with the end of the story some of the magical elements can be lost on a first encounter.

Why read both editions? Why not?

So that is where I am at the moment. I’ll be back to write more about this wonderful book soon.