In turning serious attention to the awards for translated and international literature that have dominated this spring, I have had pleasure of encountering many authors whose work I am looking forward to exploring at greater length. Belgian author Erwin Mortier is one such writer. His stunningly beautiful and moving account of a one woman’s experience coming of age in Flanders during the First World War, While the Gods Were Sleeping, was, truth be told, my personal favourite from the IFFP shortlist. A second installment of his epic WWI project has been released in Dutch, but until it sees an English translation I decided to turn my attention to his earlier novels which have recently been re-released by Pushkin Press. 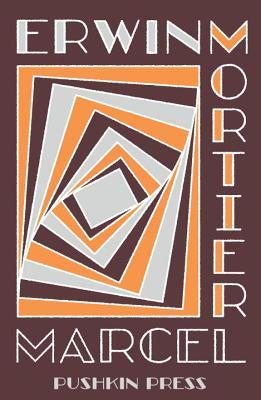 I’ve started with his debut Marcel, originally released in Dutch in1999, followed by Ina Rilke’s English translation in 2001. This novella is a subtle and quiet work. The narrator is a sensitive ten year-old boy who lives with his grandparents, in a house that is sagging under the weight of time, literally and figuratively. From the opening paragraphs Mortier paints an image of the house as repository of secrets:

“Most of the rooms harboured a limbo of darkness, cool in summer, chilly in winter. In some the walls had absorbed the smell of generations of cooked dinners, as in the kitchen, where grease clung to the rafters. The cellar stored, the attic forgot.”

The grandmother, as he refers to her, is a dressmaker, tending to the sartorial needs – modest or grand – of the womenfolk of the small Flemish village where they live. But she is also her own family’s guardian of souls, helping to usher the dying to the afterlife, tending to their resting places in the nearby cemetery and, most critically, curating a parade of photographs of the deceased on display in a large glass cabinet. Four times a month, her grandson assists with the ritual removal, cleaning, naming, and replacement of generations of family portraits:

“When all the pictures had been properly dusted the grandmother closed the glass wings of her cabinet. She had reflected, reassessed and rearranged. She had piled proof upon proof, for and against Death, who was both her enemy and her most loyal ally. Death robbed her of her relatives, but he also fixed them in still poses ensuring they would meekly undergo her domestic ministrations.

When I saw my face reflected in the glass it was a fleeting glimpse, with far less substance than the images of the dear departed.”

The insubstantiality of his reflection is telling. The young narrator is routinely compared to Marcel, his grandmother’s youngest brother who died during the war. He is haunted by this spectral relative and, in a sense, never allowed to be seen for himself. He is routinely reminded that he is “Marcel to a tee, but for the eyes which I got from my mother.” Others remark that he takes after Marcel in nature: “Marcel always kept to himself, too.” But the exact circumstances of Marcel’s death are shrouded in mystery. Regular comments are made about the Germans, the aftermath of the war, implications about allegiances – but for all his perceptiveness, our narrator is too young to understand politics and history. It is not until he tries to impress his teacher, a buxom woman with whom he is utterly besotted, that a dark and ugly truth finally comes to light.

Mortier is a slow and patient writer, he allows his stories to unfurl in their own time. His love of language is evident – colours, patterns, textures, qualities of light, scents and sounds are all vividly evoked. But in contrast with his more recent work with its rambling, hypnotic Proustian sentences; the attention to detail is offered with a delicate restraint. The prose is spare and haunting, the mystery unfolds gently. Marcel stands as a most confident debut which, in hindsight, clearly points to great work to come.

10 thoughts on “Small, quiet tale with a dark heart: Marcel by Erwin Mortier”